Here Is A List Of The Best Coffees On Earth 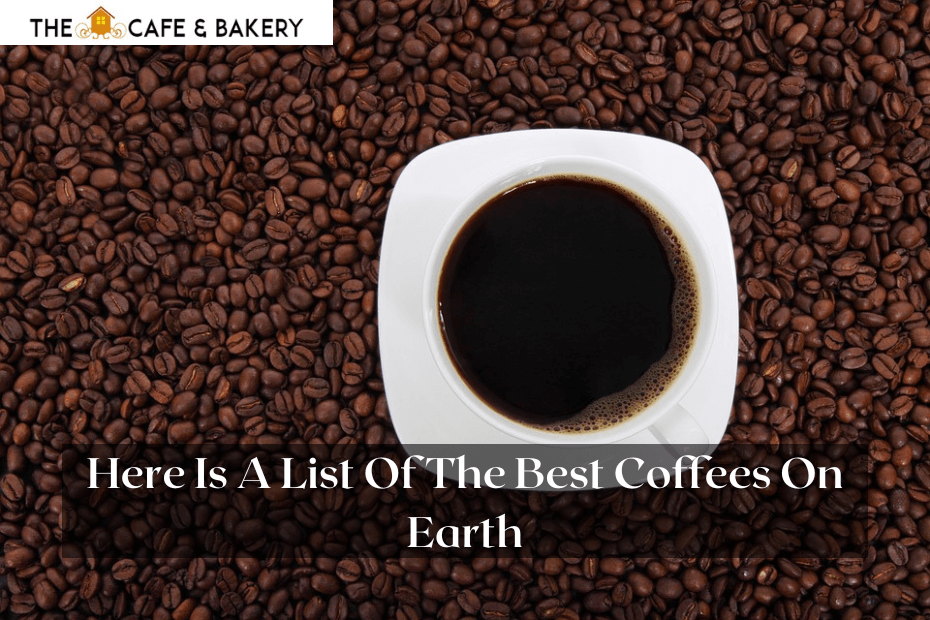 Espresso, latte, cappuccino, mocha, Irish coffee, Americano, macchiato Today at The House Cafe & Bakery, we will tell you where you can find the best coffee in the world so that you can taste the most exquisite flavors regardless of where you are on the globe.

Coffee is the second-most common beverage drunk all over the world, behind water. Who hasn’t sat down with a steaming mug of coffee first thing in the morning for a jolt of extra energy, or perhaps as a pick-me-up in the afternoon after a meal? Continue reading to find out more about the peculiar characteristics of some of the best beers in the world!

Colombia is a country that produces the mildest coffee and is the third-largest coffee producer in the world. The variety that is 100% Arabica is the subject of a protected appellation of origin. The Andean area is responsible for producing a bean that has tones of acidity, a strong aroma, and a medium body that doesn’t fall short of expectations. If you are interested in learning more, you should think about going on a tour of the coffee estates in Quindo.

Ethiopia is home to some of the world’s finest coffee plantations, and the country harvests between 200 and 250 metric tonnes of coffee beans per year. The southern districts of Yirgacheffe and Gedeo, where the coffee is noted for its acidic tastes, account for one-third of total production. These regions are located in Ethiopia. It is commonly believed that Ethiopia is where coffee was first cultivated, and the story of the shepherd Kaldi and his herd of goats is often told to explain this. Are you familiar with the tale?

In recent years, civet coffee, commonly referred to as kopi luwak, has emerged as a highly desirable commodity in the coffee industry. The civet is an Indonesian animal that consumes the red fruits of the coffee tree for food. These fruits are expelled from the civet’s stomach undigested and undergo genetic modification as they pass through the digestive tract. The remains that are expelled are cleaned, then roasted, and ultimately sent to markets in London and the United States. If you are willing to pay for a cup of it, you can sample its distinct flavor. Do you have the guts to give it a shot for yourself?

Between the 15th and 17th centuries, the city of Mocha in Yemen served as an important hub for the exportation of coffee. This item’s popularity can be attributed to the powerful chocolate flavor and fruity undertones it possesses. Did you know that Avicenna referred to this beverage as early as the 10th century? [Citation needed] It’s little wonder that Sanani coffee is considered to be among the best in the world.

There are several different hypotheses concerning the introduction of coffee into Mexico. Some people believe that it was brought there in the 18th century by French merchants coming from Martinique, while others believe that the Spanish Count of Rate was the one who introduced the crop into the country. Regardless of where it originally came from, Mexican states such as Puebla, Oaxaca, and Guerrero are now responsible for the annual export of hundreds of kg of Arabica beans. However, the lowlands of Soconusco in the state of Chiapas are the specific location where coffee is given its legally protected designation of origin. Be sure to order a cup of the local specialty, café de olla, which is made by simmering cinnamon sticks and piloncillo in a large pot.

The Blue Mountains of Jamaica are home to some of the world’s highest coffee plantations, which may be found at elevations ranging from 900 to 1,600 meters above mean sea level. Because of this, in addition to the organic fertilizer, the humidity, the temperature of the soil, and the wooden barrels that are used to carry it, this product is now widely considered to be among the most flavorful coffees in the world. This beverage’s flavor stands out due to the minimal amount of acidity it has as well as the fruity and chocolate undertones that are present. Although adored all over the world, it is evident that these qualities have won over the hearts of the Japanese people given that 75% of Jamaica’s Arabica production is shipped to Japan.

The characteristics that best characterize Brazilian coffee are its full-bodied intensity and its robust scent. Arabica and robusta beans were brought to this Latin American nation in the 18th century, and the country’s climate did the rest to encourage their growth and cultivation. If you find yourself in Brazil, don’t be shy about ordering a traditional cafezinho, which is a coffee beverage with a robust flavor that is made fresh on the spot. Do you want to find out more? Spend some time on a coffee plantation in Sao Paulo, and you’ll walk away knowing everything there is to know about the art of growing coffee.

It is possible to find some of the most delicious coffee in the world in Italy. This is not because the Mediterranean nation is a producer of this beverage; rather, it is because the country has devoted itself to enhancing the methods for preparation, which have become standards for the industry as a result. The machine used to make mocha and espresso are thought to have been made in Italy.

The Italians have their traditions when it comes to coffee consumption, such as limiting their consumption of cappuccinos and latte macchiatos to the early hours or only drinking espresso at the bar rather than at the table. Caffè Florian, a coffee shop in Venice that has been open since 1720, is one place that shows how this drink has changed in different parts of the country.