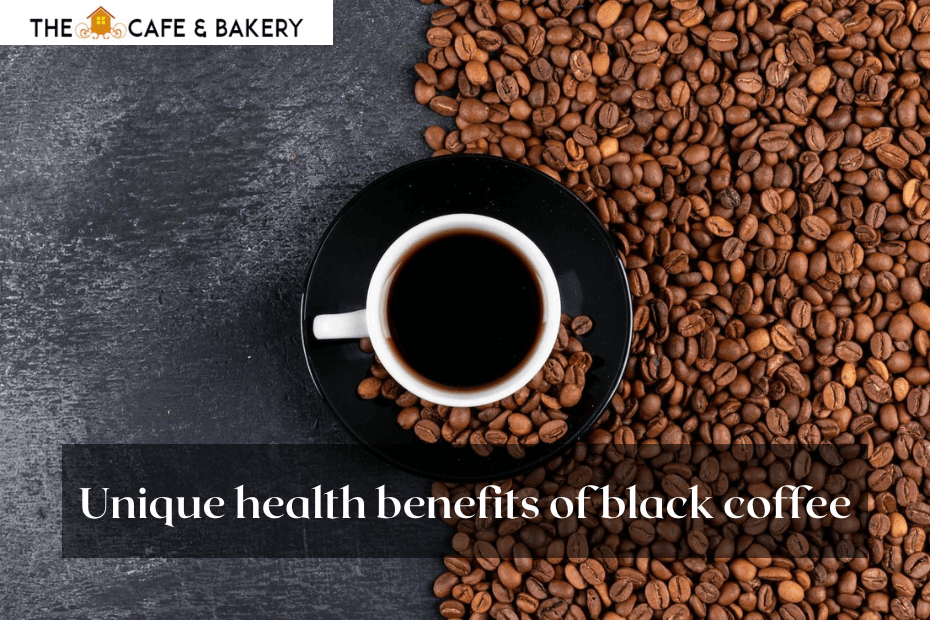 What is black coffee?

Black coffee is coffee without any additions, including cream, milk, or sugar. When you exclude these additional components, you eliminate the calories, fat, and sugar that accompany them. This allows you to enjoy the health advantages of coffee without the less healthy ingredients.

Think about this: A Starbucks Caramel Macchiato containing 8 ounces contains 120 calories, 15 grams of sugar, and 4 grams of fat. The exact quantity of black coffee contains 2 calories, no sugar, and no fat.

Black coffee has an additional, albeit tiny, potential health advantage. When coffee is not diluted, its antioxidants and caffeine are at full power. It is believed that these components account for the majority of coffee’s health advantages. However, you would have to add a substantial amount of cream or sugar to dilute your coffee significantly.

And what about coffee that seems darker due to the use of darkly roasted beans? It may appear evident that the darker the black coffee, the greater the health advantages. Dark-roasted coffee has a more robust flavor and a darker look than light- or blonde-roasted coffee. The jury is still out on whether it is healthier for you. At least for the time being, it boils down to personal preference.

Is Black Coffee Good for Your Health?

Few studies have particularly examined or compared black coffee to coffee with cream, milk, or sugar. Nonetheless, a large body of evidence suggests that moderate coffee consumption is generally beneficial to health. While further and more extensive research is required to prove coffee’s possible health benefits, the following investigations have shown:

Alzheimer’s disease preventative measures Multiple studies have connected coffee consumption to a decreased risk of Alzheimer’s disease and other forms of dementia. The observed magnitude of this effect varied from study to study. In one study, middle-aged individuals who drank three to four cups of coffee daily had a 65% lower risk of acquiring dementia as they age. In contrast, a separate study found that those who drank more than six cups of coffee per day had a 53% increased risk of dementia.

Reduce the risk of Cancer

According to studies, coffee may reduce the risk of certain cancers, including breast, colorectal, and liver cancers. Scientists believe this may be due to coffee’s antioxidants, which protect your cells from free radicals. However, coffee may also contain trace levels of acrylamide, which is considered a potential carcinogen.

Research indicates that drinking coffee can lessen the likelihood of developing cirrhosis of the liver in its advanced stages, mainly when the damage is caused by alcohol. According to a recent study, drinking four or more cups of coffee daily can reduce the risk of alcoholic cirrhosis by as much as 80 percent. The amount of alcohol consumed may reduce the risk of non-alcoholic cirrhosis by up to 30 percent.

Enhanced mood Caffeine being a stimulant, coffee is a well-known mood enhancer. According to research, drinking four or more cups of coffee per day may even reduce your chances of depression.

Regular coffee consumption reduces the chance of acquiring type 2 diabetes. With this illness, your body cannot use insulin to transport glucose (sugar) into cells, causing blood sugar levels to rise.

Reduces the risk of type-2-diabetes

Multiple studies indicate that coffee consumption reduces the risk of developing type 2 diabetes. The risk of developing diabetes decreased by 11% for each additional cup of coffee consumed daily, according to a significant study. A daily reduction of one cup of coffee elevated the risk by 17%. However, there’s a twist. If you have type 2 diabetes, coffee can increase your blood glucose and insulin levels.

There is some evidence that coffee’s caffeine may aid in weight management. However, the association is not strong. A study indicated that those who consumed more caffeinated beverages were marginally less likely to gain weight than those who drank less coffee and tea. People who consumed caffeinated beverages 30 minutes to 4 hours before meals tended to consume less food.

Consuming coffee with a great deal of high-calorie creams and sugar will likely offset any potential weight-loss benefits of caffeine.

Green coffee beans are harvested, then roasted to enhance their flavor. Their flavor is affected by how long and at what temperature they are burned. And their flavor will determine if you enjoy drinking them without milk or sugar.

You can purchase coffee that

Darker roasts are roasted longer and at a higher temperature than lighter roasts. The deeper the roast, the more robust and bitter the coffee’s flavor.

Does Dark-Roast Coffee Have Health Benefits?

An insufficient study has been conducted to determine whether dark-roasted coffee has more or fewer health advantages than lighter roasts. The outcomes of the available studies are varied. Researchers have examined the following:

Lightly roasted coffee contains higher concentrations of the antioxidants polyphenol and chlorogenic acid compared to deeper roasts. These chemicals may be harmed during the long, higher-temperature roasting of dark coffees. However, research suggests that dark coffee may have greater antioxidant capacity.

A study of coffee made without a filter (such as in a French press) revealed that dark-roasted coffee had somewhat less cafestol than lighter-roasted coffee. It is believed that cafestol increases cholesterol levels.

Digestive symptoms. A 2004 study revealed that the degree of roasting had no bearing on whether coffee drinkers had digestive symptoms such as heartburn and stomachaches. A smaller, more recent study discovered that participants who consumed dark roast produced less stomach acid than those who consumed medium roast.

Another small study indicated that throughout the 4-week trial period, overweight individuals who consumed approximately 2 cups of dark roast coffee per day lost somewhat more weight than those who consumed the same quantity of light roast coffee.

By preventing cell damage, coffee’s abundance of antioxidants, vitamins, and minerals reduces your chance of significant health disorders such as cancer and heart disease. Coffee is the largest source of antioxidants in the diets of the majority of people. Additionally, coffee includes trace levels of vitamin B2 and magnesium.

Nutrients per serving. A serving of eight ounces of black coffee contains:

A single serving of black coffee is 8 ounces, far less than what you typically find in coffee shops or convenience store cups.

The Dietary Guidelines for Americans describe moderate coffee consumption as three to five cups per day or around 400 mg of caffeine. However, if you are sensitive to caffeine, you may need to consume less. Remember that other beverages, such as teas and colas, also contain caffeine.

Caffeine in excess can produce jitteriness, anxiety, sleeplessness, and a rapid heart rate. It can also result in digestive issues such as nausea and an upset stomach. Some individuals have acid reflux when drinking coffee.

Ask your doctor whether to reduce your coffee consumption if you are pregnant, attempting to become pregnant, or breastfeeding.

Local coffee shops sell coffee in all stages of preparation, from raw beans to brewed coffee. The flavor of your coffee depends not only on the roast and preparation method but also on the bean type and origin.

Choose fresh, high-quality coffee if you wish to experiment with black coffee. It will be tastier, making it easier to forgo milk and sugar. Additionally, freshly ground beans taste better, so you may choose to get a little coffee grinder.

After that moment, how coffee is prepared also affects its flavor. Try one of the following black coffee brewing methods, each of which has its devotees:

If you cannot acquire a taste for black coffee, consider substituting cream and sugar with lower-fat and lower-calorie alternatives. Use skim or soy milk without added sugar instead of creamer. Try replacing sugar with a modest amount of artificial sweetener. Or reduce the amount of cream and sugar you use.