Which pizza toppings do Americans love the most? 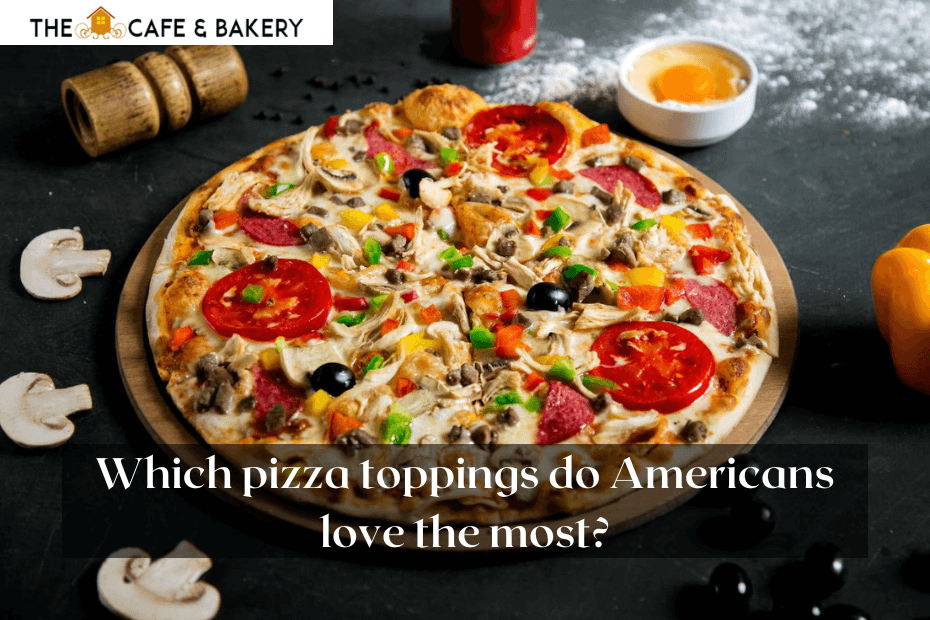 When it comes to the types of pizza and the toppings, there is no limit to the amount of creativity that can be used or the kinds of combinations that are most successful. Some people prefer pizzas made the traditional way, which includes a standard red sauce, cheese, and a few toppings. Other people, on the other hand, want to experiment with unique combinations of ingredients, such as arugula, kale, and chopped walnuts. Let’s take a closer look at a few different kinds of pizza and the characteristics that set them apart from one another.

What is the most ordered pizza in America?

Can you guess what the most common types of pizza are and which ones are the most popular? One of the most popular pizzas around the world is a straightforward cheese pizza topped with marinara sauce. It would appear that the mix of melted cheese with garlic and Italian-style herbs baked on top of a crispy crust hits all of the flavour and texture markers that are on the checklist for every pizza enthusiast.

In spite of this, a survey carried out by YouGov America found that pepperoni pizza is by far the most popular type of pizza ordered in the United States. Why? The texture of pepperoni is more tender than that of salami, and it blends in beautifully with a wide variety of sauces, cheeses, and crust styles. Its flavour is savoury and salty, and it has just the right amount of spice. Other typical varieties of pizza include roasted veggies topped with pesto, grilled chicken topped with Alfredo sauce, and a meat-pizza lover’s topped with a spicy buffalo sauce that is perfect for a tailgate party.

The most common crust styles in the United States

It is up to you to decide what kind of crust you want for your pizza, as there are many different kinds. There are times when you crave the familiarity of a classic pan pizza crust, and there are other times when you are in the mood to try something new and exciting, such as a caramelised deep-dish pizza crust with gooey melted cheese coated around the edge of the pizza. The following are the most prevalent varieties of crust:

A thin-crust pizza also referred to as a Neapolitan pizza crust, is consistently ranked as one of the most popular varieties available to pizza lovers. This type of crust creates a light and crispy base for the pie and is most commonly found on a Margherita pizza that has been cooked in a wood-fired oven.

You will want a slice of New York-style pizza in those situations in which you want to grab a large piece of pizza to consume as you are strolling down the street. The crust of this type of pizza features a crispy edge that helps it stay together nicely and a soft inner crust that helps it stay malleable and fluffy. Both of these characteristics are desirable in a pizza crust.

A pizza with a St. Louis crust has a light base and is quite simple to consume while on the go, despite the fact that it is sliced into squares or rectangles rather than wedge-shaped pieces. This makes eating this type of pizza a bit more unorthodox. A St. Louis crust resembles a wafer-thin cracker and is made with unleavened dough.

Deep-dish pizza, which has a crust that is thicker and more bread-like than other types of pizza with thinner crusts, is sometimes referred to as having a Chicago-style crust. The crust ledge helps to keep lots of sauce, gooey cheese, and tonnes of toppings in place so that they don’t slip off when you bite into a slice of deep-dish pizza, which is one of the reasons why this style of pizza is so popular.

Crusts in the Detroit or Sicilian style are known for being thick and chewy, and they are typically served in large rectangular slices. This pizza flips the layering of a conventional pizza by placing the toppings on the bottom, followed by the cheese, and then finishing with the sauce.

The most common kinds of pizza sauce

The flavour of your pizza can be greatly affected by the sauce that you choose to use. The following are some of the most frequent types of pizza sauce:

The majority of people picture a flavorful tomato-based red sauce coating the dough of their pizza when they think about eating it. This marinara sauce is the most popular of all pizza sauces because it goes so well with the vast majority of pizza toppings, including meats, cheeses, and vegetables.

Pizza with a buffalo sauce that is based on the hot sauce is a good choice for people who enjoy spicy sauces. The flavour profile of this sauce pairs nicely with a variety of toppings, including crumbled grilled chicken, slices of blue cheese, and bacon bits.

Alfredo sauce, which is described as being creamy, indulgent, and oh-so-satisfying, goes wonderfully well with flavorful mushrooms, zesty garlic, and grilled chicken.

Pizza lovers who are seeking a pizza sauce that is packed with the flavours of basil and garlic should consider using pesto sauce. Pesto sauce is one of the top pizza sauces. For a pizza topped with pesto sauce, some potential toppings to consider include grilled eggplant, roasted chicken, olives, and parmesan cheese.

The most well-known cheeses and meats

Among the most popular cheeses for pizza are:

Vegetable toppings that are most popular

On a pizza, you are free to use any veggie topping you like. Any vegetable works well as a topping for pizza, whether it be traditional toppings like mushrooms and peppers or more uncommon ones like kale or roasted broccoli.

The following are examples of common vegetable toppings:

The most unusual pizzas in America

Try one of the following unique pizzas the next time you’re in the mood for something other than your normal pepperoni or buffalo chicken pizza.

Does pineapple go on pizza? There is no single, definitive response to this topic that has been agreed upon by pizza aficionados; the discussion remains ongoing. The sweet pineapple, salty ham or bacon, and savoury cheese come together to create the popular flavour combination known as Hawaiian pizza, which is enjoyed by those who are fans of a particular type of pizza.

Those who want to lessen or remove the amount of meat and dairy they consume in their diet but are still interested in the flavorful qualities of pizza might consider ordering a vegan pizza. Pizzas that adhere to the vegan diet do not contain any ingredients derived from animals, including cheese. However, if you still want a pizza that has some of the flavour and feel of melted, gooey cheese, you can ask for a pizza that is made with vegan cheese instead.

Do you have a strong desire for a steaming hot pizza topped with all of your favourite toppings right now? At Pequod’s Pizza in Morton Grove or Chicago, you’ll find just what you’re searching for, whether you stay with America’s favourite pepperoni, mushroom, and extra cheese pizza or prefer a caramelised deep-dish pizza. Pequod’s Pizza has been a local favourite for decades.